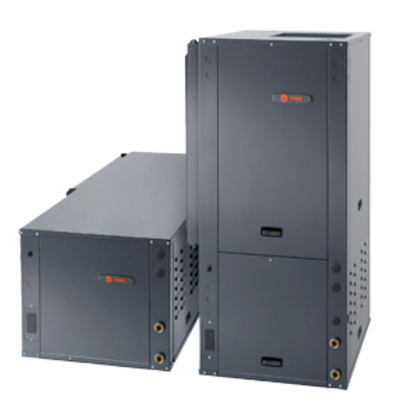 Mankind has been deriving benefits from natural hot springs and other such places since the Paleolithic era. The first geothermal heating system was utilized in Idaho as early as 1895. With the invention of the heat pump in 1852 and the first downhole heat exchanger in 1930, the roots of today’s geothermal systems were well-established. The first geothermal heat pump was successfully implemented in 1940 and the first residential heat pump was put into service in 1948.

A geothermal system does not use any fossil fuels or utilize electricity the same way most energy systems do. The system functions in the same manner as a large scale heat pump. It uses one of several configurations, and warms your home in winter by drawing in the earth’s heat, and cools it in summer by pushing the heat back into the earth. This is done by circulating fluid through the earth via a coil that puts out or dissipates heat depending on the climate.

The four configurations for a geothermal system are: Horizontal Loop, Vertical Loop, Open Loop, and Pond Loop.  Depending on your needs, your system dealer will determine which configuration will work right for you.

The economic and environmental benefits of a geothermal system are many. The system is very efficient, using one dollar of electricity for every four dollars of heat it exudes. Geothermal systems rely on the heat naturally generated from the earth and is very environmentally friendly. It will also keep your home at a very comfortable temperature all year round.

Another economic benefit is a tax credit of 30%, which is available through 2016 through the IRS, saving the consumer even more money. Some utilities also offer lower rates for geothermal customers.