The History of the Air Conditioner 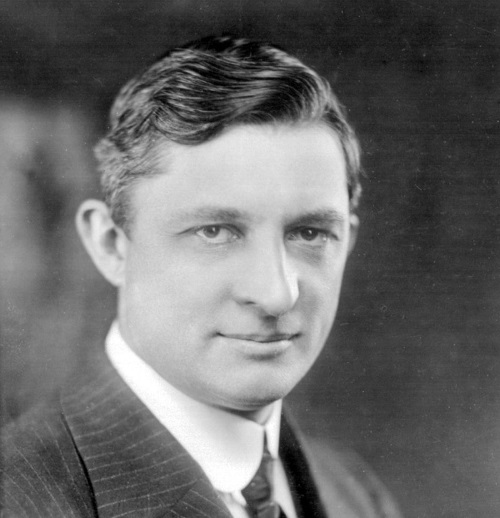 During the peak of summer, there are many people we could thank for their brilliant inventions that make the heat a little more bearable. We can thank the Romans for building the first swimming pools, rulers of the T’ang dynasty when we enjoy a scoop of ice cream, and some of us would like to thank Louis Réard for the teeny weeny bikini. But even if you can’t swim, hate ice cream, and prefer one piece swimsuits, there is someone else we can ALL appreciate during the summer months: Willis Carrier, the inventor the air conditioner.

Carrier was assigned a task to solve a problem at a printing company in Brooklyn. The humidity in the factory caused the paper to expand and contract, which created problems when the ink was applied to the paper and caused the text and images to become muddy and unclear. His idea was to force air across a filter that was chilled using a coolant. The cold air was distributed into a small room with the assistance of the fan, which lowered the air temperatures in the room significantly. Word got out about Carrier’s invention, and by 1915, hotels, department stores, and eventually, personal homes were scrambling to get their hands on this “cool” new invention.

Movie theaters were one of the first businesses to jump on the opportunity to attract large amounts of people by providing a way to beat the heat. Even during the Depression, people would flock to the movie theaters to soak in the cool air. To this day, movie studios release their biggest movies during the summer when they know people are looking for things to do indoors.

The use of the air conditioner in hospitals has literally saved lives! Thanks to much cooler air, life-saving developments in surgery were made, infant mortality decreased, and malaria was easier to cure.

Fortunately for students across the country, education was NOT affected by the invention of air conditioning. Students and teachers would take the hottest part of the year off because the school buildings were intolerable at such high temperatures. Schools adopted Carrier’s invention to make students and teachers more comfortable regardless of the season, but the school schedule, including summer vacation, stayed the same.

Air conditioning makes life comfortable, but this comfort does come at a price. The energy that it takes to power our air conditioners is equal to the total amount of energy consumed by the entire continent of Africa. And air conditioning is not cheap. Cooling our troops in Iraq costs the US Department of Defense over $20 million dollars a year. Carrier probably had no idea that his humidity controller would one day be used to cool down soldiers across the world.

Swimming pools, ice cream, and itsy bitsy swimwear are all vital in keeping cool for the summer, but none of them have changed the way we work and play like the air conditioner. Next time you can adjust the temperature in your home or office with just the click of a button, thank Mr. Carrier for his genius invention over 100 years ago.