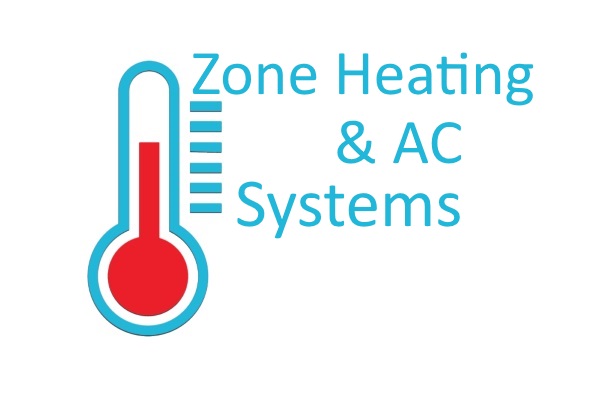 Most houses have some rooms that are warmer or cooler than others. The reasons for this are many. Some reasons for this are obvious, like the fact that heat rises making rooms on higher levels progressively warmer. Second and third stories can be unbearably hot in the summertime while main floors are more comfortable. It is also common knowledge that basements are generally the coolest areas of a home. Rooms with windows are also generally warmer than those without. So how does one maintain a steady climate throughout a house with diverse heat zones? The answer is through zone heating and air conditioning.

System Zoning – System Zoning is relatively simple. It involves the use of multiple thermostats that function independently and are wired to a central control unit. That unit, in turn, operates the individual dampers installed in the ductwork per the settings of the thermostats. System zoning serves two major purposes: it regulates temperatures throughout the house and also allows for selective heating and cooling to minimize energy consumption and cost.

Energy Efficiency – When used properly, the savings afforded by zone heating and cooling can be significant – as much as 30% according to the U.S. Department of Energy. They also estimate that heating and cooling can consume up to 40% of a home’s total annual utility costs. Because rooms that are seldom used (like guest rooms) don’t require constant heating or cooling, zoning allows the homeowner to save money by only running heat or AC in those rooms when necessary.

Cost – The biggest barrier to making the switch to zone climate control is the initial cost of installation. It is not at all a DIY option for most homeowners and it can be costly to retrofit a home that doesn’t already have it. There are, however, various options that allow zone heating and cooling systems to be installed using existing ductwork and with air pumping systems that do not rely on cumbersome motors. A licensed HVAC installer should be able to provide you with valuable information about this particular option and make it cost effective.

Determining Zoning – The number of heating and cooling zones your home will need will have a direct effect on the system configuration. A home with two zones that are nearly equal in square footage requires ductwork that can handle upwards of 70% of the cubic feet per minute (CFM) of air your HVAC system produces. In a home with three zones, the ductwork needs to be able to handle 50% of the systems CFM. Expanding to four zones will require enlarging the ducts and installing a static pressure relief damper making this a less popular option for homes that need to be retrofitted.

Even with the costs involved, the annual savings is likely to offset the cost over time. When discussing your zone heating and cooling project with your contractor, have some clear and realistic objectives in mind. A good contractor will be able to make recommendations that will be of best benefit to your budget and your living environment.